For more than 30 years, the Brattleboro Retreat has presented high-quality, clinically relevant continuing  education conferences for the benefit of the region's mental health, social service, and medical professionals.

Paranoia in Nonpsychotic and Psychotic Patients 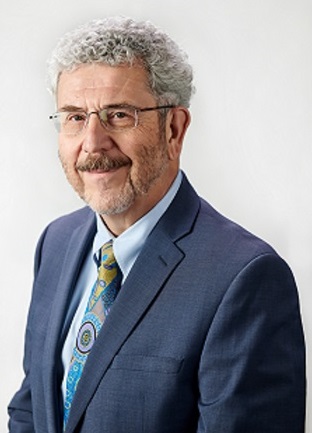 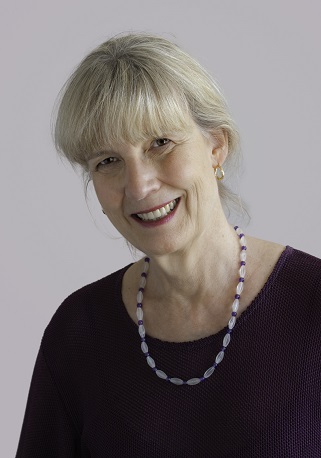 Course Description:
Even if a clinician’s practice is not devoted to the care of people with a diagnosis of schizophrenia, most clinicians, from time to time, encounter patients who at first did not appear to be psychotic, but who are revealed to be psychotic early in treatment, or patients who become psychotic at some point in an ongoing psychotherapy.  This presentation aims to help clinicians identify such patients and deal with them more effectively.

The term “paranoia,” whose roots suggest "a mind outside itself," refers to states in which a person finds it hard to distinguish what is inside from what is outside the self.  Although DSM criteria for diagnosing paranoia involve externally observable traits such as suspiciousness, this program construes paranoia as an intrapsychic process marked by disavowal and projection, often related to inadequate psychological separation from caregivers to whom the paranoid person was anxiously attached. Although most visible in patients with psychosis, paranoid states of mind are common in others.

Dr. McWilliams will review theory and research on paranoia and will make general recommendations for therapists working with paranoid patients. Dr. Garrett will review theoretical, empirical, and clinical work on psychotherapy with psychotic paranoid patients, emphasizing the integration of Cognitive Behavioral Therapy approaches with psychodynamic understanding. Ideas will be presented without psychoanalytic jargon in a straight-forward, easy to understand way. In-depth clinical examples will be described to help clinicians identify patients who do not appear floridly psychotic, but nevertheless have an underlying psychotic personality structure.  The psychotherapy of three psychotic patients will be discussed with a focus on persecutory delusions and paranoid states. There will be time for questions and discussion of the presentation as well as discussion of patients that members of the audience are treating.

Learning Objectives - at the end of this conference, participants will be able to:

4. Avoid therapeutic attitudes that have been found to threaten paranoid patients (e.g., excessive sympathy, efforts to be neutral or abstinent to a degree that strikes the patient as inauthentic, efforts to prove one's goodness).

5. Convey attitudes that allow paranoid patients to elaborate their experience and reduce the shame that underlies paranoid adaptations (e.g., unwavering respect, ruthless honesty, clarity about boundaries, acknowledgement of the grain of truth in projections).

6. Practice at least one skill in psychotherapeutic approaches to the treatment of patients with schizophrenic disorders, based on research from both CBT and psychodynamic perspectives.

Michael Garrett, MD,  is the former Vice Chairman of Psychiatry at SUNY Downstate Medical Center, where he is currently Professor of Clinical Psychiatry and Director of Psychotherapy Education.  He is also on the faculty of the Institute for Psychoanalytic Education (IPE), affiliated with NYU Medical Center in New York City.  He received his medical degree from the Albert Einstein College of Medicine and completed his residency training in Psychiatry at Bronx Municipal Hospital Center. Most of Dr. Garrett’s professional career has been spent in the public psychiatry sector, first at North Central Bronx Hospital, where he became Associate Director of Psychiatry, and then Medical Director in 1995. In 1997 he became Deputy Director of Psychiatry at Bellevue Hospital, where he was responsible for clinical services. In 2003 he moved to SUNY Downstate as Vice Chairman for Clinical Services. At present, his time is evenly divided between patient care, supervision of psychotherapy, teaching, and clinical research.  He has for many years had an interest in the difficulties clinicians encounter when trying to develop a relationship with psychotic individuals who have a fundamentally different view of reality than the clinician. He has a particular interest in combined psychodynamic and cognitive-behavioral treatments of psychosis.  His academic and research interests also include voice-hearing experiences and the relationship between psychosis and ordinary mental processes.

Nancy McWilliams, PhD, ABPP, teaches at Rutgers University’s Graduate School of Applied & Professional Psychology and has a private practice in Lambertville, NJ. She is author of Psychoanalytic Diagnosis (1994; rev. ed. 2011), Psychoanalytic Case Formulation (1999), and Psychoanalytic Psychotherapy (2004), all with Guilford Press. She has edited, coauthored, or contributed to several other books, and is Associate Editor of the Psychodynamic Diagnostic Manual (2006; 2nd ed. 2017).  A former president of the Division of Psychoanalysis (39) of the American Psychological Association, she is on the editorial board of Psychoanalytic Psychology. Dr. McWilliams is a graduate of the National Psychological Association for Psychoanalysis and is also affiliated with the Center for Psychotherapy and Psychoanalysis of New Jersey. Her awards include the Gradiva prize (1999), the Goethe Scholarship Award (2012), the Rosalee Weiss award for contributions to practice (2004), the Laughlin distinguished teacher award (2007), the Hans Strupp Award for teaching, practice and writing (2014), and the Division 39 awards for both Leadership (2005) and Scholarship (2012). She has given commencement addresses for the Yale University School of Medicine and the Smith College of Social Work. The American Psychological Association chose her to represent psychoanalytic therapy in a 2011 remake of the classic film, “Three Approaches to Psychotherapy,” and asked her to be a plenary speaker for the 2015 APA convention in Toronto. Dr. McWilliams is an honorary member of the American Psychoanalytic Association, the Moscow Psychoanalytic Society, the Institute for Psychoanalytic Psychotherapy of Turin, Italy, and the Warsaw Scientific Association for Psychodynamic Psychotherapy. Her writings have been translated into twenty languages.

The Brattleboro Retreat is a private, not-for-profit, specialty hospital offering comprehensive services designed to meet the mental health and addiction treatment needs of children, adolescents, and adults from all walks of life. 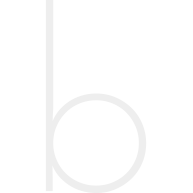