Ellen Galinsky, President and Co-Founder of Families and Work Institute (FWI), helped establish the field of work and family life during the time she was at Bank Street College of Education, where she was on the faculty for 25 years. Her more than 100 books and reports include the best-selling Mind in the Making: The Seven Essential Life Skills Every Child Needs, Ask The Children, and the now classic The Six Stages of Parenthood. She has published over 300 articles in journals, books and magazines.

At the Institute, Ms. Galinsky co-directs the National Study of the Changing Workforce, the most comprehensive nationally representative study of the U.S. workforce—updated every five to six years. She also co-directs When Work Works (a project on workplace flexibility and effectiveness first funded by the Alfred P. Sloan Foundation that has produced a series of research papers and has launched the When Work Works Award—formerly Sloan Award) as well as conducted the National Study of Employers, a nationally representative study that has tracked trends in employment benefits, policies and practices since 1998. Information from FWI’s research has been reported in the media more than three times a day since January 2010. In 2011, the Society for Human Resource Management (SHRM) and Families and Work Institute formed a ground-breaking, multi-year partnership that takes When Work Works out to employers in 50 states. 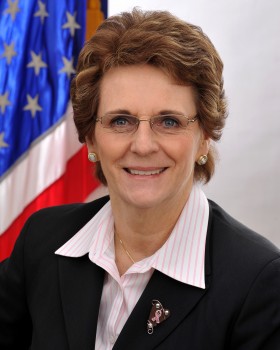 Linda K. Smith is the Deputy Assistant Secretary for Early Childhood Development for the Administration for Children and Families (ACF) at the U.S. Department of Health and Human Services. In this role she provides overall policy coordination for the Head Start and Early Head Start Program and the Child Care and Development Fund, as well as serving as the liaison with the U.S. Department of Education and other federal agencies. Her office serves as a focal point for early childhood policy at the federal level.

Smith previously served as the executive director for the National Association of Child Care Resource and Referral Agencies (NACCRRA), where she represented more than 650 community-based agencies concerned with the care of children in their earliest years. Linda Smith led the organization through significant growth and transformation- she was the driving force behind NACCRRA's national policy agenda and strategic plan to improve the quality of child care nationwide. Key components of NACCRRA's advocacy efforts included strengthening child care licensing and oversight, requiring comprehensive background checks, and establishing minimum training requirements for all child care workers. 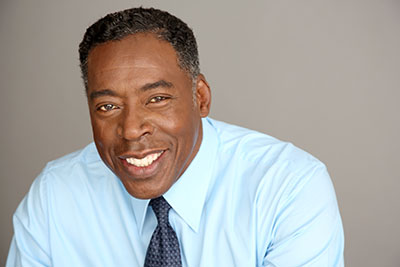 Ernie Hudson is one of the most sought-after actors of our time with an impressive list of credits and awards whose body of work has diverse range. He is a beloved star in film, television and stage, long considered one of Hollywood’s iconic working actors who continually delivers.

In his early years, Hudson served in the Marine Corps and then moved to Detroit, Michigan. He became the resident playwright at Concept East, the oldest black theatre company in the U.S. He established the Actors’ Ensemble Theatre where he and other talented young black writers directed and appeared in their own works. Later, he enrolled and subsequently attended from the Yale School of Drama.

A trio of critically lauded roles in diverse films soon followed from his standout role as the mentally challenged ‘Solomon’ in “The Hand that Rocks the Cradle” to ‘Munro’ in “Congo” and ‘Police Sgt. Albrecht’ in the award-winning film, “The Crow.” Hudson continued to expand industry attention by changing gears again showing amazing range in his role as ‘Harry McDonald,’ the FBI superior of Sandra Bullock’s character in the feature film, “Miss Congeniality” (2000) and its hit sequel, “Miss Congeniality 2: Armed & Fabulous” in 2005.

It is perhaps on the small screen where Hudson’s wide range is most varied. Whether in memorable roles like ‘Warden Leo Glynn’ on HBO’s lauded series “Oz” or the final season of “Law & Order” as Lt. Anita Van Buren’s boyfriend and then fiancé, Ernie’s ability to become the character is precisely what sets him apart. He has guest-starred on a myriad of shows from “Modern Family” and “Grey’s Anatomy” to “Criminal Minds,” “Key and Peele” and “Franklin & Bash,” among many, many others.